In this global era when gadget and mobility become more important, the role of tablet become too important to neglect. For working people they need it because carrying a tablet provide you mobility, you can work anytime and anywhere while checking your emails more comfortably. For school kids and teenagers they can use it not only for school work but also for the sake of prestige between their peers. So in this era the role of tablet already become more important, you can read ebook, surfing the net, working, doing your essay, get the multimedia services, and so on. With apple and Samsung become the two big leaders in the industry, the competition is not only coming from them, but also the ongoing competition between apple OS and android OS.

As one of the market leader in the tablet industry, it is easy to notice that Samsung is also the leader of android tablets. We realize that Samsung is the leader in the android market, but it is also better for us to notice that actually there are plentiful of other manufacturers that provide their tablet and use Android as their operating system. For example Nook, Kindle Fire, Toshiba, Craig, and Coby, are another manufacturers that use android operating system as their option. Now in this opportunity, from the manufacturers that we mentioned earlier we would like to introduce you to Coby android tablets. Coby join the game in the tablet industry by introducing their Coby Kyros MID9742 9.7 inch Android 4.0 tablet into the market. 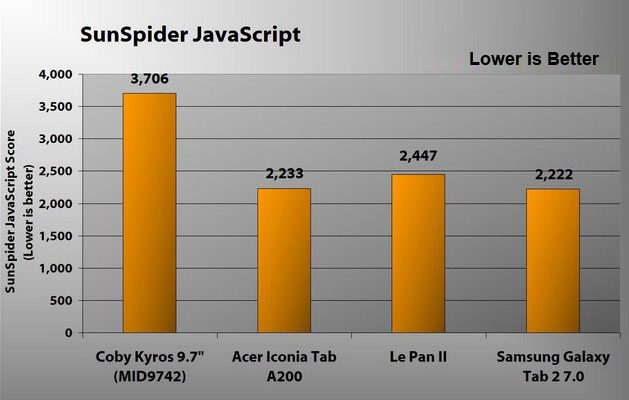 This coby android market provide a large 9.7 inch screen that makes it easy and comfortable for you to look at the screen. That is not the only plus point, because coby also produce their tablet in low cost. By being cheaper compared to other competitor it does not mean that they neglect the quality and provide a bad tablet. Because Coby android tablet come with 1024 x 768 pixel display, 1 GHz ARM single core processor, 1GB of RAM, 4GB to 8GB of storage, and Google android 4.0 ice cream sandwich. It is pretty decent tablet to have, especially if we are looking for another $200 tablet in the market it is hard to find a better tablet than coby android tablet.