I just got new update for 94% game, now we can play level 166 167 168 169 170 with this question : A last-minute gift idea, Chocolate vending machine picture, Country with a star/stars on its flag, Hand x-ray picture, Market snow picture, Movies about alien, New years eve, Nocturnal animal, Scientist in lab chemistry picture, Something for which airlines charge extra, Something that makes a dog bark, The most annoying household chore, Things associated with India, Whale orca jump picture, You do this when you’re bored. Now I want to share the cheats and answers, This game available for android and iOS and this post created for gamer who play using android, because I know that the 94% for iOS now have 170 level and some question are similar with the android version but the level completely different so if you use this 94% game answers for the iPhone and ipad then you must find the solutions by it’s question, still useful for both device. 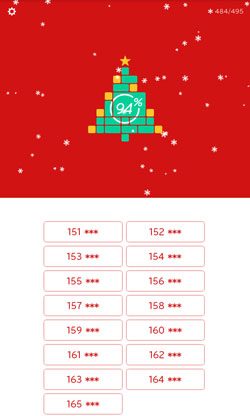