Wordbrain an amazing word game created by gaming on the tail for iphone, ipad and itouch. How to play this game is little bit different you must slide the answers from the first letter until the last letters. At the first time this game little bit confusing because I try to tap the letter but doesn’t work, then a pop up show and tell me to slide the letter. This is never ending word game so you will play more than hundred word in the game and now  I wsnail to share wordbrain snail answers level 1 – 20. 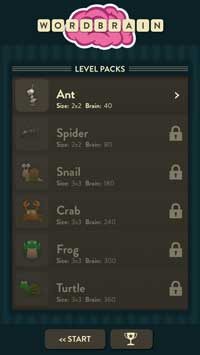 If you like to use this wordbrain snail answers please review and leave 5 star ratings, so other player know that this game worth to play. This wordbrain game is not similar with the android version so if you search cheats and found different answers may be those player play using android.