WhatsApp launched updates for Android-based devices with a few improvements. Updates for pretty popular messaging application to further strengthen its seriousness in working on applications that can compete with blackberry messenger. 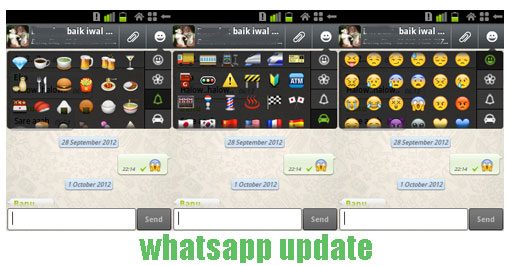 The latest WhatsApp version comes with lot of emoticon symbols, as well several bug from previous version fixes. The application is fully compatible with Android-based devices from version 2.1 to the latest.

WhatsApp Messenger 2.8.5310 is now available for free and can be downloaded in the Android Market. It is known, users simply enjoy WhatsApp free for one year, after it must pay $0, 99 per year. 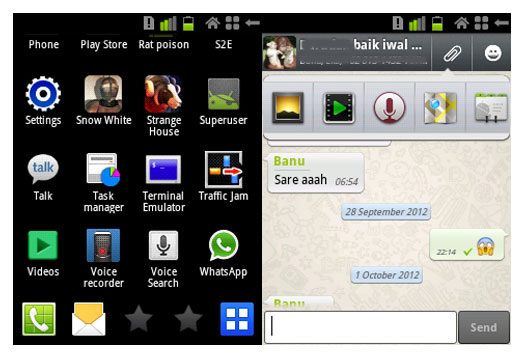 Meanwhile, for now only Android users can try this update , whereas for users on other mobile platforms, the WhatsApp developer has not confirmed the update this messenger application.