The decision to remove the Google Map application from iPhone and iPad must be paid expensive by Apple. After the release of the new digital maps, Apple Maps on iOS version 6, Apple gets a lot of criticism from iPhone users. 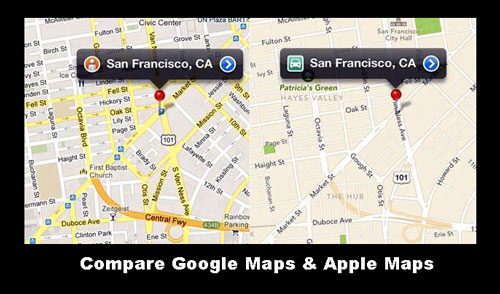 Apple Digital maps complained because unable to show you detail and informative map . In fact, some users reported getting lost while using Apple Maps . Not only gets complaints from users, Apple received another blow related to the availability of digital map on his mobile device.

Eric Schmidt, who currently serves as executive chairman of Google, sending bad news for users of the iPhone and iPad. As quoted by Reuters, Eric denied the availability of Google Map applications on the App Store.

“We haven’t done anything,” Eric said, shortly before leaving the launch of Google’s Nexus tablet 7 in Tokyo, Japan. This means that Google Maps that have been tested and proven accuracy (currently) better than Apple Maps, will not be available for the iPhone and iPad.

Rebuttal directly from Google boss is contrary to previous reports circulating that mention Google Maps application will soon be available in iOS 6. However, iOS device users can still access Google Maps services from Safari browser. But of course its not complete and the best in the native application.

As reported previously, the “shortage” Apple Maps, Apple promised to continue to improve its quality. One step to realize that promise, Apple willing to hire ex-Google Maps employees.